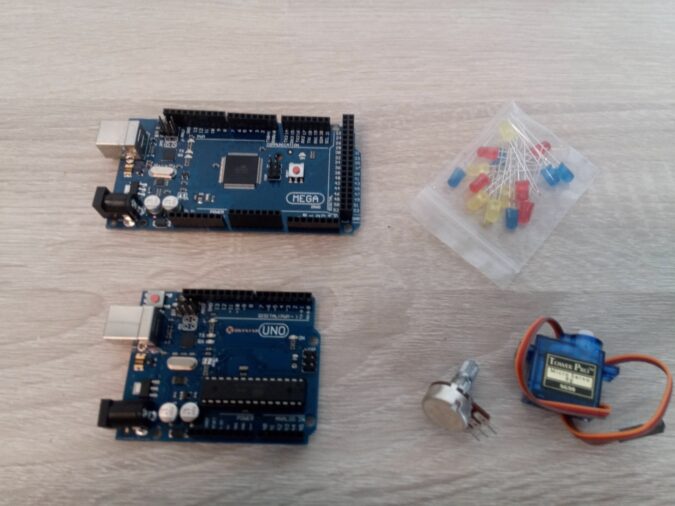 Raspberry Pi and Arduino are two very popular boards among beginning electronics learners and hobbyists. Each of them has its own advantages and disadvantages. If you want to choose one to start with, it really depends on the requirement of your project.

Arduino is based on open-source hardware and software and is essentially a Microcontroller development board for manipulating external devices such as LEDs, Buttons, Sensors, and Motors …etc. The most popular Arduino board is the Arduino UNO. Raspberry Pi, on the other hand, is being referred to as a Microprocessor based board. It is like having an entire Computer sitting on a single circuit board which is no different from a full computer that runs the Linux Operating System.